This is a song from Django Reinhardts repertoire called „Sweet Chorus“.This time i prepared a special playback for practicing the theme (one chorus). You can download it directly in the lesson.

After you practiced the intro of „Sweet Chorus“, start playing the theme with the theme-rhythmtrack (for example as a loop) and get used to it. Django recorded this tune twice in different bands. His first recording was in year 1936 (feat. Stephane Grappelly (v), Django Reinhardt, Joseph Reinhardt, Pierre Ferret (g), Louis Vola (b)). In September 1947 he recorded it a second time (feat. Hubert Rostaing (cl); Django Reinardt (g solo); Eugène Vées (g); Emmanuel Soudieux (b); André Jourdan (dr)).

Listen to both recordings and hear the difference. Our lesson is based on the recording from 1936. 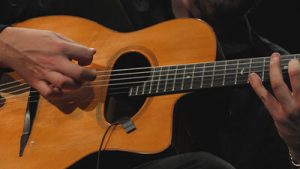 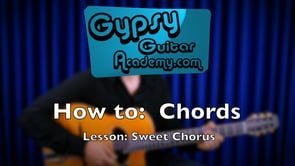 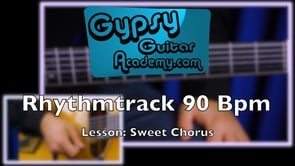 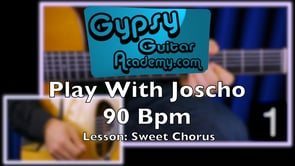 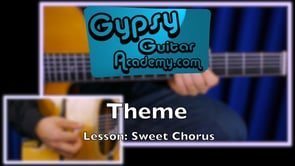 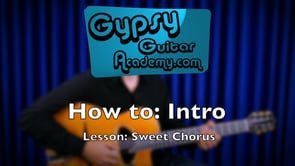 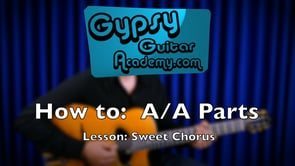 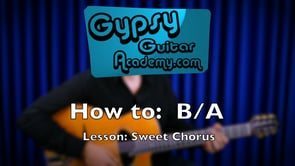